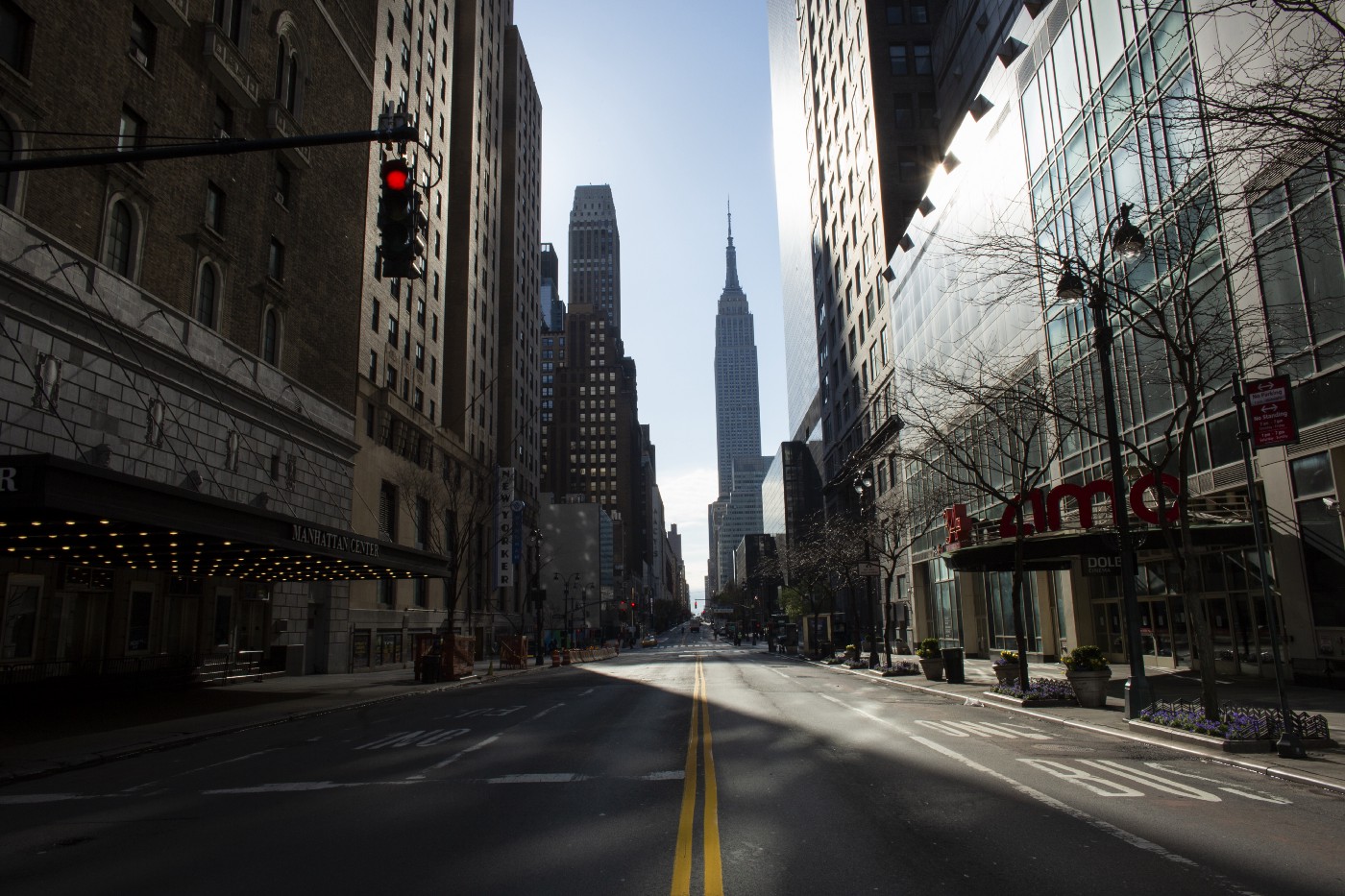 Normally here at The New LoFi, the format of a post would consist of a little description of the music on top, and a sample of the music towards the bottom. Today is a bit different. In this case, the music is so important to the reading experience that we’ve flipped things on their head.

Before you start reading, I would suggest that you get yourself a pair of headphones and a comfy chair. Just below this paragraph, I’ve included the two albums that inspired this piece: “Music For Fifteen Emails” parts one and two. When you are ready, go ahead and press play on either of the two albums and enjoy the story.

I think back to the last day in December sometimes. New Years Eve.

The overwhelming sentiment at the dinner party I was attending was “good riddance 2019, bring on 2020.”

Who could blame us for thinking that? Trump, Brexit, unprecedented wildfires in Australia, mass extinction around the world. How could it possibly get any worse?

Meanwhile in China, an outbreak of a new virus was tearing through the population. But that was their problem. That was over there. There was no reason to think news going on half way around the world would ever be something we should worry about.

Months later, looking back on 2019, all of the things we took for granted have all been swallowed up by this “new normal” we now live in. Sharing a meal with friends. Meeting up in a park. Simply going out of the house. We find ourselves in a new reality that is defined by self-isolation and a collapsing world economy. A future where the only thing we can be certain of is uncertainty.

Some people see this as a way of Mother Earth hitting the reset button. You only need to look at all of the good things that have come out of the Coronavirus pandemic and the resulting lockdown to see the brighter side. Pollution levels have dropped dramatically, ecosystems have sprung back to life and the earth has generally benefited from hitting the pause button on the world’s economies.

On a more personal level, the lockdown here in London has forced me to become more aware of the natural world outside. The constant din of commercial jets flying overhead and the hum of a nearby motorway is just white noise. Something that you quickly forget about once you move to a city. You don’t notice how much of nature’s orchestra you are missing until the urban volume is turned down a bit.

The streets outside my house are no longer the soundtrack. The melodies that car horns and car alarms provide have been replaced with a concert of local birdsong. I now know what a blackbird sounds like. I can tell the difference between a singing robin and a wren. My mornings are prefaced by the dawn chorus now rather than the sounds of a capitalism waking up for work.

Weirdly this reconnection with the sounds of outside world has led me to look inward. Maybe it’s because, despite a new found appreciation of the outside world, it has all been experienced from inside — through a window, or from the confines of a small fenced-in backyard. This kind of introspective view is best complimented with a softer, more ambient soundtrack.

I think this theme can be heard throughout the music world at the moment as well. With producers locked indoors and live shows canceled, there has been an uptick in the amount of ambient and environmental music appearing on the web. I’m thinking about the Touch label releasing an ambient compilation about musicians in isolation, or Soundsmiths releasing an album called Nature’s Diary. Olga Maximova’s ode to ambient music with her Fairy Tails mix or Olive Ardizoni’s love letter to plants with the new EP, Six Songs for Invisible Gardens.

The latest addition to this global self-isolation soundtrack is Music For Fifteen Emails — the album you are listening to right now. It’s a two-part LP created by New York-based midwestern transplant, Nathan Hewitt.

For the album, Hewitt set out to document his experience of lockdown in New York City. As New York became more and more deserted, he went out with a field recorder to report how the sounds of the city changed.

And while the premise was rooted in documenting the present, the project was very heavily influenced by the minimalist Japanese kankyō ongaku movement from the 1980s. Kankyō ongaku or “environmental music,” looked to infuse soft electronic melodies with the sounds of nature; babbling brooks, steady rain, morning birds. Composers such as Hiroshi Yoshimura, Satoshi Ashikawa, Haruomi Hosono, and Ryuichi Sakamoto pioneered this way of blending organic sound with the synthetic.

Even the title of Hewitt’s project, “Music for Fifteen Emails” pays homage to Hiroshi Yoshimura’s album Music for Nine Post Cards (originally released in 1982 and reissued in 2017). When writing his album, Yoshimura found inspiration by looking out through the windows of the Hara Museum of Contemporary Art in Tokyo. Each track on the 9-track album was meant to be a different view out of the museum’s windows into nature. Each track is an audio “picture postcard.”

In Music for Fifteen Emails, Hewitt has created a modern twist on Yoshimura’s original theme. Each song representing an email being sent and describing his view from a window in lockdown. “It evokes a certain interior-ness,” explains Hewitt. “Of being in a room, looking out onto the world with a window as your bridge.”

“I was listening to that music so much,” continues Hewitt. “I really fell into the idea of making a tribute to his work. When looking into instruments, without knowing it, I happened to buy one of the instruments that [Yoshimura] used back in the 80’s — a lo-fi FM synthesizer called the FB-01.”

The result is a fantastic tribute to Yoshimura and the genre itself. For the most part the sound stays humbly in the background, but at times it draws you in. At times, the music takes on an otherworldly quality. Something that transcends the interior and references something more expansive. Some of the melodies could be taken from a long lost cut out of the Close Encounters of the Third Kind soundtrack. It perfectly bridges the intimate with the all-embracing.

Nathan explains the concept of the project further in the form of an email written from self-isolation to a friend. I’m including the email in full here:

I ran into this quote the other day:

“Music is not meant to be something which exists alone.”
~ Satoshi Ashikawa

I found it in this Pitchfork review I was reading. Ashikawa also described environmental music as “music which by overlapping and shifting changes the character and the meaning of space, things, and people.”

The article was about a reissue of Hiroshi Yoshimura’s Music for Nine Post Cards. Hiroshi found inspiration looking out through the windows of a contemporary art museum. When I look out my apartment window I just see other windows. (I have been spending a lot of time inside.) To be honest, most of my windows are made up of pixels, these days.

I was inspired. I was going to send you a postcard today. Kind of old-fashioned, I know—it would be weeks before you got it. So I thought I would just send you these emails instead.

I have been thinking, recently, about the idea of a “soundtrack to your life.” I can imagine you reading on a bus, in your car, in the kitchen, or on a walk. John Cage said that there is no separation between art and life.

I have to say, that has not been my experience. Art can be so irrelevant to life; life can be so disconnected from art. But I do think that they can be bridged, and there are many ways to build one. These emails, for example. (At least, I hope so.)

If Satoshi was right, perhaps we are meant to build those bridges, whenever we can. I’m not sure if music can exist alone. But I know that I can’t.

I’m not an experienced bridge-builder, but I offer my best attempts. I hope they are enough.