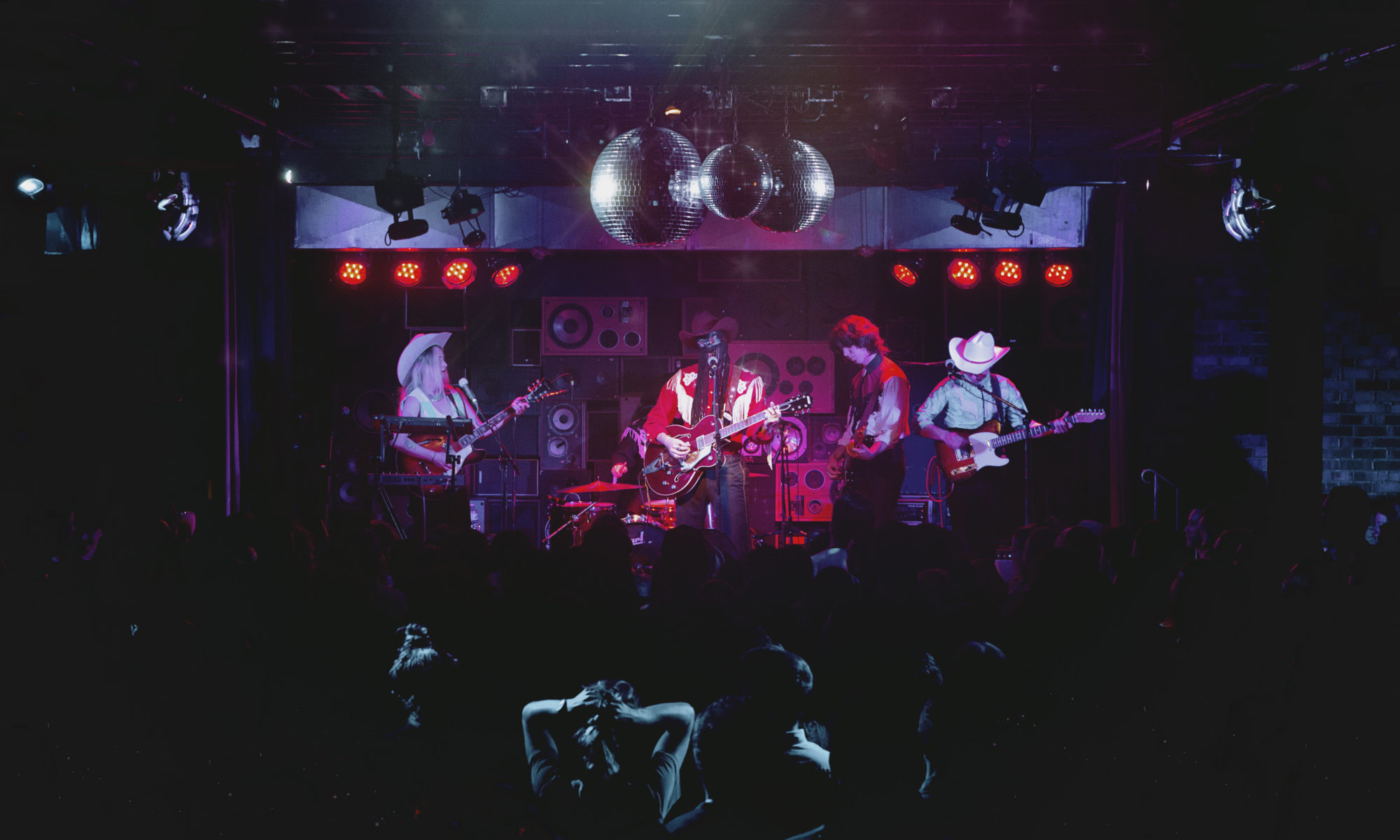 A compelling artist must not only be an adept musician, but a visual spectacle — and there is certainly no denying Orville Peck‘s intoxicating visual aura. Following his performance in Calgary on May 23rd, Peck solidified his reputation as a dynamic star-in-the-making. Playing to an eager crowd of diverse Calgarians — from hip teenagers to university professors, local artists and drag queens — Peck delivered a shimmering theatrical performance.

Navigating territory within the intersections of goth and queer culture, “the yeehaw agenda“, and a modern S&M Midnight Cowboy, Orville Peck is unabashedly raw for an artist who has chosen to conceal their identity behind a mask. The impression goes beyond a simple schtick to something truly authentic. Peck is an outlaw, part of a pioneering cohort of musicians reclaiming cowboy culture.

There are few places in the world where this reclamation could be more prescient than Calgary Alberta. “Cowtown” has a shameful history of colonial occupation and a boom-and-bust economy lifecycle that haunts the third-largest oil reserve on the planet. The cultural culmination of the city is the annual 10-day Calgary Stampede, proudly dubbed “The Greatest Outdoor Show on Earth” — a massive rodeo/summer carnival for overt expressions of heteronormative cowboy culture and deep-fried delicacies. The event has also capitalized on the music festival boom, recently announcing nightly headliners for 2019 including Death Cab For Cutie, T-Pain, Mother Mother, Metric, and Feist.

Orville Peck has aptly signed-on to perform, which will mark his second appearance in Calgary in the span of six weeks, albeit to a decidedly different audience.

For the artistic community in Calgary, the cowpoke roots of the city have always been a point of resistance. The Calgary Stampede, and in large part the city and province itself, have acted as colonial oppressors of its queer, indigenous, and diverse arts communities for decades. A half-century of conservative governance, “drill baby drill” slogans, and environmental violence have crafted an enduring stereotype of what cowboy culture truly means. The crowning summertime event has always been a space where Oil and Gas laborers don their boots and plaid to play-act an age-old Western narrative — guzzling Budweiser, urinating in bushes, engaging in public group sex, and otherwise mirroring the colonial violence that encapsulates their occupation.

Enter Orville Peck, the queer cowboy and Subpop signee. Undoubtedly bolstering both indie clout and enigmatic visual elegance, backed by post-punk mainstay FRIGS (donning their best western wear). There was palpable hype ahead of his performance in Calgary on Thursday, May 23rd. The crowd was largely made up of the arts scene regulars, trading in their ripped jeans and beanies for a pair of wranglers and the (occasional) cowboy hat, all looted from their parent’s closet or thrifted in the months leading up to the yeehaw renaissance.

It was a peculiar moment when Orville Peck took to the stage and began to rifle through his debut LP, Pony. The inherent irony of the crowd’s “one-night-only” western-attire was no longer ironic at all, Peck’s earnest delivery and undeniable charm was a reclamation, in multiple ways, of an identity that art-focused Calgarians had so vehemently denied.

Lyrically and thematically, Peck conjures the imagery of the Grande Ole Opry legends oft with new twists. Tongue-in-cheek mentions of hitching rides, knucklehead hogs, canyon roads and of course, heartbreaks. On the surface these reference points are inherently classic country, but a closer inspection of Peck’s arrangements reveals the underlying punk queerness of a traveling musician.

“Sometimes I feel like I’m doing drag,” Peck admits to the crowd, before stating that drag was, he felt, one of the last subversive art forms. Drag culture, as it happens, has exploded in Calgary in recent years. The comparison is more than fitting, especially for an audience in a kind of drag of their own.


Opening with the lead single from Pony, “Big Sky”, Peck delved deep into the lived experiences that helped craft his persona. Love, loss, and letting loose are common theatrical threads that bind the genre. But also prevalent throughout Pony is a reverence for the land itself. Sunsets and quiet roads, fields of rye, dirt roads and rattlesnakes. It’s no coincidence the audience was enraptured by the imagery, it looked a lot like their backyard growing up.

Perhaps the underlying current pulsing through Peck’s ethos is a return to story-telling, a designation that is more often allocated for folk music than for contemporary country. His approach in itself represents a distinct queering of the genre. “What I find missing in country music today, is that it just doesn’t feel very country anymore,” Peck recently told The 405, “It just feels like people singing pop music with a Texan accent.” For those raised on Merle Haggard, Loretta Lynn and Johnny Cash, the leap to enjoying Orville Peck seems small in comparison to the canyon between country’s contemporary megastars and the legends that make up its past.

Orville Peck – Take You Back


Finishing off the set with his breakout hit “Dead of Night” and the distinct Western whistlin’ “Take You Back,” Orville Peck left the stage to a raucous ovation from the fanatical audience. The band returned for an encore performance of “Fancy”, a 1969 Bobby Gentry original popularized by Reba MacEntire on her 1990 release, Rumor Has It. Speaking in an interview in 1974, Gentry said “Fancy” “is my strongest statement for women’s lib, if you really listen to it. I agree wholeheartedly with that movement and all the serious issues that they stand for — equality, equal pay, day care centers, and abortion rights.” The cover was another shimmering moment for Peck’s country bonafides, touching on women’s issues that continue to dominate political discourse. “I never used to feel comfortable singing this song [when I was a kid]” Peck admitted, putting a new spin on the ground-breaking women’s liberation anthem by reinterpreting it as a drag tale aimed at squashing the stigma of sex work.

For the inclusive, diverse, and socially conscious Calgary Arts community, Orville Peck represents a bridge between the identity they once rejected but now have the opportunity to reclaim. A theatrical and fabulous Western ipseity rewriting the malignant colonial overtones, Peck’s mythos is a contemporary queer reimagining of country music and cowboy culture bound to capture the imagination of artists and fans alike.