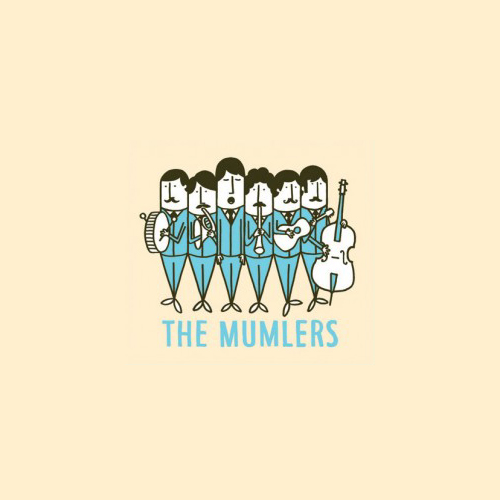 I’ve been spending a lot of time in San Jose, California – A LOT of time. As a long time New Yorker, the idea of being on the left coast for 3 weeks out of a month has a little bit of appeal. That said, being away from home so much has its inconveniences too.

Today, things in the hair department became dire and  I had to find a local place to get a hairs cut. A few clicks and I found this place called 5 Color Cowboy and this awesome chick named Jasmine took me in off the street. Jasmine not only gave me a sweet new cut but also a list of things to drink and eat in SJ. Her generosity didn’t end there though, she also recommended her favorite SJ band; The Mumlers.

So here it is: it looks like these guys have been around for a while. iTunes has albums going back to 2008. Unfortunately, they don’t have a new album to report on but the good news is that they are still more than active and more than worthy of highlighting on The New LoFi.

The latest news I found was that they are currently touring with the recently reunited, San Fran based, finger picking, punk-folk duo “Two Gallants”. For you who missed the news, the James Joyce inspired Two Gallants are back together and touring the west coast and Europe. But we aren’t here to talk about Two Gallants . . .

In a few words, The Mumlers are fuckin rad. They have a hard sound to categorize but I would definitely throw out things like bluesy, whiskey, Tom Waits, drunk, New Orleans, organ, jazzy, Black Keys, lo-fi and maybe even vintage. Rumor has it that a lot of their instruments were salvaged from a local San Jose school dumpster.

Check out Coffin Factory below . . . then buy their albums on iTunes or get some tickets to see them with Two Gallants . . . and then last but not least, swing by 5 Color Cowboy for a hairs cut and thank Jasmine for the recommendation.

[audio:https://thenewlofi.com/wp-content/audio/2011/05/Two-Gallants-Despite-What-You’ve-Been-Told.mp3|titles=Two Gallants – Despite What You’ve Been Told]

Two Gallants Despite What You’ve Been Told