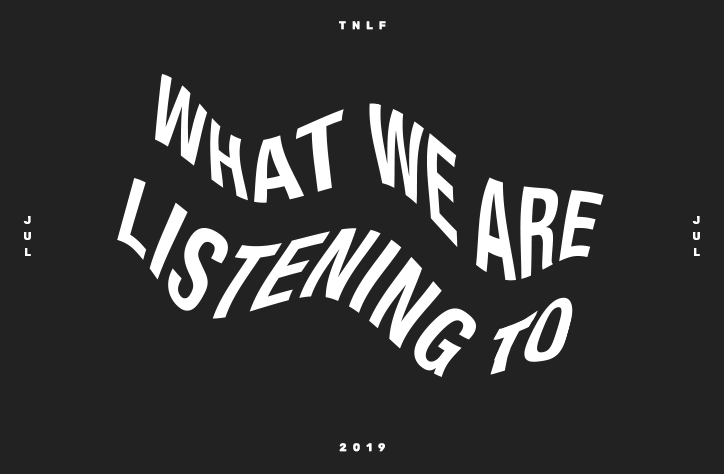 “This is what I listen to in my studio;” New York based photographer, David Filiberti

While other blogs are releasing playlists by professional artists, we thought it might be interesting to release some of the music that the aspiring artists are hyping — specifically amateurs in the media and advertising industry. There’s something about people who work in media. Most of us here at The New LoFi work in media or advertising and we’ve found that a disproportionate amount of people in the industry have a secret passion for music. We’re all really just closet musicians, DJs and producers.

Each month we’ll be highlighting the musical tastes of someone that works in media or advertising in a regular column called: “What We Are Listening To.”

For our third installment, we’ve traveled to New York city to catch up with luxury and advertising photographer, David Filiberti. The mix brings you inside Filiberti’s Brooklyn based studio where we get to listen to the music that keeps him going while he works. (listen to the mix below)

The New LoFi: How long have you been working as a photographer?

Your style of photography makes any object seem luxurious. Some of your clients like Chanel No. 5 and Dior already live in that world, but you are able to make brands like Stan Smith and Vitamin Water look like luxury brands as well. What draws you towards capturing the world of luxury?

DF:  I wouldn’t say I’m drawn toward the luxury market; they just pay the best. I’m drawn towards still life photography. It’s such a unique niche sub category of the art. Visually, it can pull a lot from painting and graphic design. The distance of the negative space between two objects is often as important as the object itself within the frame. But my favorite part is the engineering. Building custom rigs to get something to move in a certain precise way with predictable repeatability. It’s the problem solving. It’s the, ‘I know I want this thing to do this, but how do I make it do that? And make it look good.’

TNLF: Last year you won first place at the International Photography Awards for your work with Ray Ban. The images you created highlight the growing business of counterfeit luxury goods sold in New York. Where did you come up with this idea and what is your feeling towards the counterfeit industry?

DF: I was inspired by all of the counterfeit luxury goods sold down on Canal Street. I got the idea to make an interactive ‘photo hunt’ for Instagram, using multiple images in one post. The first image showed 1 real pair of Ray-Bans and 3 counterfeits. You would guess which one was the real pair and swipe right. The second image showed the counterfeit sunglasses smashed to bits and the real ones not, so they would know if they guessed right, or not. As for the counterfeit industry… how much time do we have?

Just don’t. It’s ripping off the work of others for someone else’s gain. And the fakes may look good on the surface but in the case with the Ray-Bans, when the lens breaks, the shattered glass is sharp af.

TNLF: What is a typical working day in your studio like?

DF: There isn’t really typical day with photography. Except for the coffee. Everyday starts off with coffee.

TNLF: Alright, let’s talk about the mix. You start the mix off with some audio clips from Obama’s leaving speech. That theme carries over throughout the mix. What was your thinking behind that?

DF: Yes, Obama. I’m a fan. But being the first American featured on this “What We Are Listening To” project, I figured it would be cool to shout out all the Americans listening, and what better to do that than an Obama soundbite from his farewell address. I wasn’t trying to make a political point or anything, (although the first track is called “Brand New Revolution”).

TNLF: You mentioned that this mix was inspired by what you put on in the studio when you are working. There are a whole lot of different genres in the mix though. It’s very eclectic (which we love). One minute you’ve got some reggae playing, the next minute there is a hip hop track. Is this what it’s like during a typical day in the studio?  Or do you listen to different genres based on what you are shooting?

DF: I have a massive playlist (days of songs) that I cycle through. It must span almost every genre out there. So yes while I’m shooting the music is eclectic. Although, sometimes an hour or two will pass and I really haven’t been hearing the music at all. Just focusing on the shoot I guess. It’s funny though, if a song comes on that I don’t like, my concentration will instantly break. That’s why I tend to stay with that one playlist. I don’t do song radio during shoots. I do have a separate playlist called “Lunchtime Melodies” for the meal break. It’s chiller tracks meant to calm me down a bit. Think “Supreme” by Ratatat.

TNLF: Tune! Even in this mix you cover almost every genre. There are so many tracks that we haven’t heard before — “Brunch At The Bodega” by Flamingosis, “Shapeshifter Blues” by Pilote, “Hallucinating” by Elohim — where do you find your music these days?

DF: My all time favorite app on iPhone is Shazam. I hear so many songs around the city and that’s how I capture them. I’ve literally Shazam’d the music from some dude’s passing car. “Brunch at the Bodega” I heard at my favorite taco joint, Cerveceria Havemeyer, here in Brooklyn. And of course from TNLF, Ayyy!


David Filiberti – Inside The Photographer’s Studio