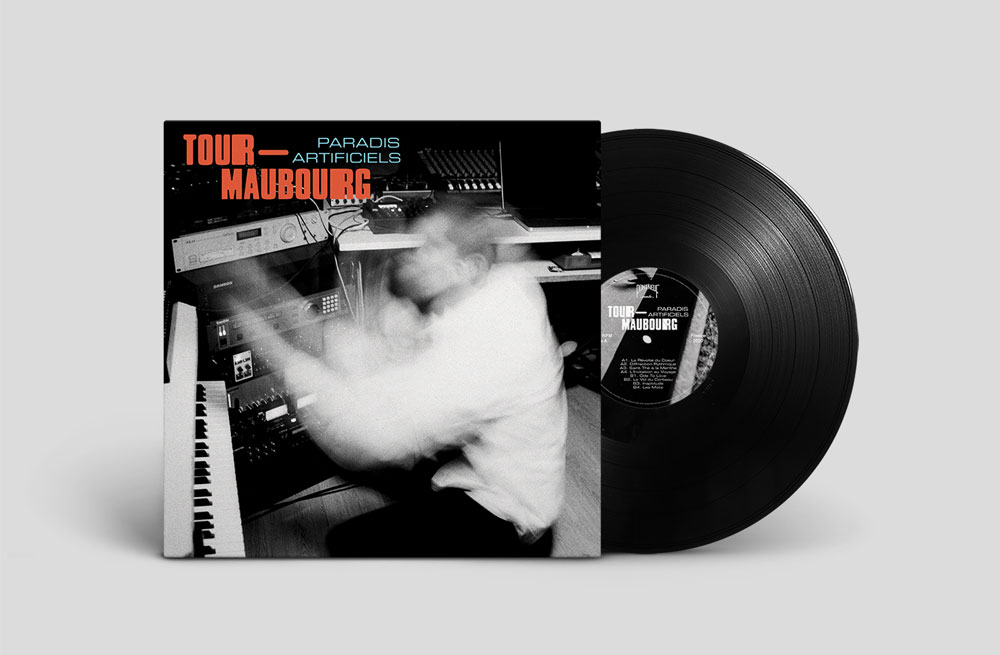 One of my favorite genre combinations is found at the intersection of jazz and electronic music. Somehow the percussive foundation of electronic music taps into the roots of jazz in a way that is so appealing to the ear. And likewise, jazz lends just the right amount of color to a genre that can sometimes be dismissed as cold and mechanical.

For the Belgian producer living in Paris, Tour-Maubourg has made it his mission to compose just this type of genre-blending jazztronica. For his new full-length album, Paradis Artificiels, Tour-Maubourg takes inspiration from the French house scene and injects it with a heavy dose of soul and jazz.

The album opens on the more traditional side of the jazz spectrum with the first track, “La Révolte du Coeur.” Brazilian inspired vocals and faraway horns fade in and out of earshot while the beat grounds the track in the electronic world.

The second track — “Diffraction Rythmique” — picks things up a bit with its syncopated bassline and balearic house melodies. The chilled-out jazz influence is still there, but the album starts to lean into the more electronic side of things.

By the time we get to “Saint Thé À La Menthe” and “L’invitation Au Voyage” we have launched into a journey through dance. There are still horns, and piano melodies haunting the tracks — and I would argue the beat is still rooted in the afro-jazz discipline — but the album has moved into a dancier space now. Perhaps more of a lounge. A jazz lounge, rather than a club. Somewhere that you could imagine dancing but you are too cool (or embarrassed) to actually get up. Basically, my kind of club.

Paradis Artificiels is out now on Pont Neuf Records.