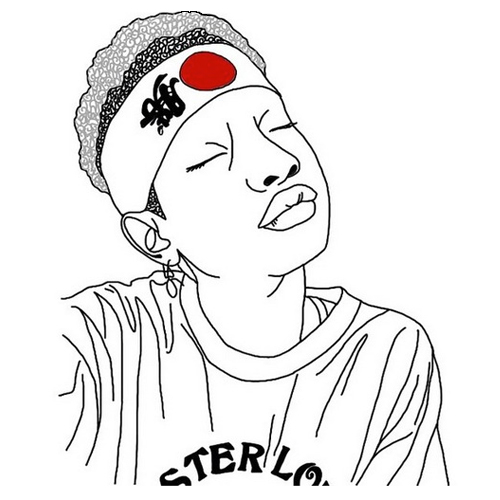 We are big King Kruel fans here at The New LoFi. His baritone voice is largely what makes his music so unique … with that said, hearing this cover of “Easy, Easy” is in stark contrast to that.

You may know Willow Smith from her 2010 release “Whip My Hair” or because she is Will Smiths daughter. Either way, she’s been making music for a while now. Whip My Hair was released when she was 9 or 10 years old. A few years later, she is now a seasoned artist of 13 years old with more maturity to her craft.

The simple fact that she’s covering King Kruel shows that her taste is maturing. The vocals are a far departure from the original giving this track her own spin. All in all this is an interesting cover but I wish she pushed the backing tracks further. This is really close to the original version, almost making it a high quality, studio produced karaoke version of Easy, Easy.

The Stockholm based instrumental duo Nutid gives us an alternative Christmas song
An hour of Detroit techno to remember veteran DJ and producer, K-hand
Rohne explores the more extroverted side of his sound on his second album: Forms
The kids will be alright: Lucy Dacus and Haley Heynderickx live in Calgary
Sweet sweet burgling music from the Tel Aviv-based producer, Ori Kastiel
Hubbabubbaklubb, have released their debut album "Drømmen Drømmerne Drømmer"
A lo-fi instrumental hip hop album inspired by the great outdoors: "Up North"
Blast from the past: SHIHA remixes Miami Sound Machine's hit single "Dr. Beat" featuring Gloria Este...
Nocturnal vintage pop from the Dutch seaside of The Hague