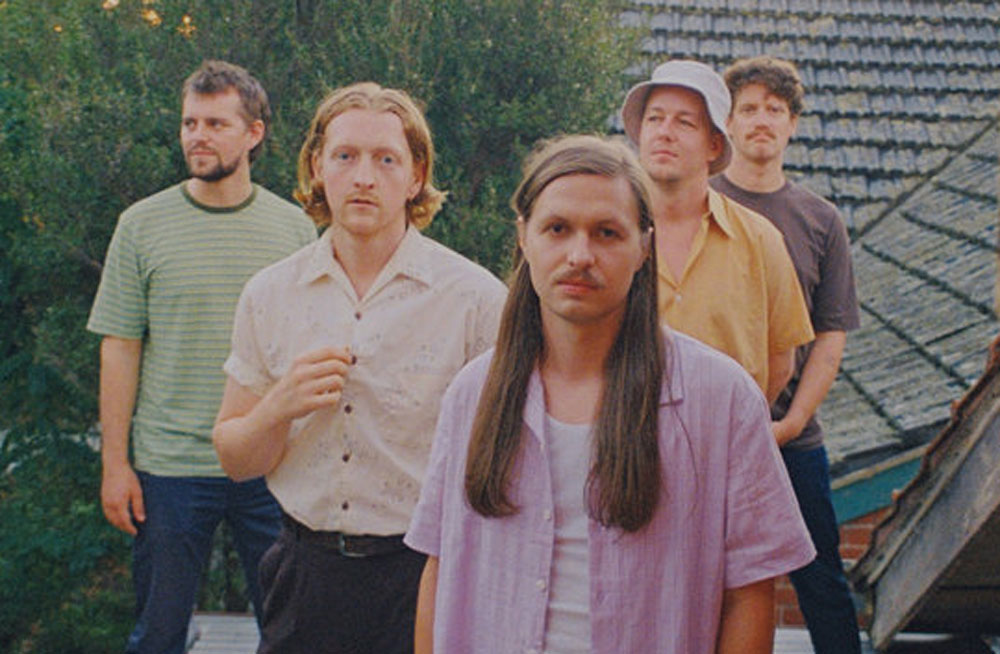 We’ve featured Surprise Chef on the blog before in various Mixtapes (April 2022, and Jan 2021), but it is time that we do a proper feature on the band.

Besides being a very short run Australian TV show in the early 2000s, Surprise Chef is also the moniker of a fantastic 5-piece Melbourne-based instrumental soul-jazz band. The quintet’s distinct sound pulls from 70s film scores, the funkier side of jazz, and the samples that form the foundation of hip hop. They push the boundaries of instrumental soul and funk. The goal of their music is to evoke a mood. They build soundscapes that invite the listener into their world.

Songs like “New Ferrari,” off of their album Daylight Savings, transport you to a psychedelic world of 70s intrigue and jazz with an upbeat tempo and a catchy synth melody. While the title track off their album All News Is Good News, dips into a more soulful side of jazz; more self-reflective and inward looking. The thing is, if you love vinyl, they are also a terrific band to follow, because it’s not just all about their singles. Their albums build a world through sound from start to finish. You can’t go wrong by putting one of their records on to set a mood.

One of their latest 7″ vinyls is no exception to this rule. The 2-track record is entitled The Positive and the Negative and it features a reinterpretation of Minoru Muraoka’s track of that same name. Muraoka is known for being a master of the shakuhachi (a traditional bamboo Japanese flute). The track demonstrated how you could mix traditional Japanese folkloric music with a unique mix of contemporary breakbeat jazz. “The Positive and the Negative” featured on the 1970 ‘Bamboo’ album, and was heralded by DJ Shadow, Cut Chemist, Egon, and many others.

Now Surprise Chef pay homage to the track with a fabulous reinterpretation (out now on Mr Bongo records).

“Minoru Muraoka’s ‘Bamboo’ LP has long been a fixture in our record bags,” explains lead guitarist Lachlan Stuckey. “…Mostly for the killer shakuhachi funk cut ‘The Positive and The Negative.’ The record is possibly our favourite from Mr Bongo’s extensive catalogue of reissues, and certainly the most influential to us; ‘The Positive and the Negative’s’ cinematic atmosphere paired with the wonky drum feels and dramatic performance makes it a near-perfect amalgamation of what we try to capture on Surprise Chef records. We’ve borrowed an element or two from the tune over the last few albums (such as the percussion on ‘The Limp’), so it felt right to go head first into reinterpreting the entire track for ourselves.”

“We recorded the tune in Karate Boogaloo’s attic studio with our man Henry Jenkins at the controls and Hudson Whitlock on percussion. We spent an entire day trying to get the take; we felt such a deep responsibility to capture the intensity of the original, we must have done 20 or 30 takes before we were finally happy. We stuck a fork in it late into the night, satisfied that we’d had our best crack at paying homage to a masterpiece by the great Minoru Muraoka.”

Surprise Chef are working on a new LP entitled Education & Recreation. Look out for it’s release October this year.