Attending music festivals is a means of discovering new music while seeing the bands we love: all in the same weekend. Bunbury 2014 made this hard for us. While individual stages like the River Stage (a built in amphitheater in Sawyer Point) provided a memorable experience unique to the City of Cincinnati, it made the experience as a whole difficult to get a taste of new bands while waiting for the ones we know and love.

We felt like the first two years of Bunbury were much fuller than what we experienced last weekend. At Bunbury 2014, there were less vendors, the crowd wasn’t as big, and the entire scene felt neglected in general. This could have been due to the line-up, which seemed a miss for the typical indie-rock fan, the World Cup finals, or the constant threat of severe weather. Whatever the reason, it was a bit of a disappointment. Despite our opinion on the festival as a whole, we want to review the few great shows we did see. 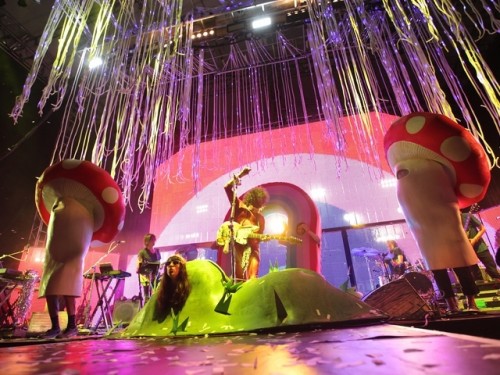 The Flaming Lips did not disappoint. We are still picking confetti out of our hair with a smile. It was certainly the trippy and magical mystery whirlwind we were hoping to see as an old fans of Mark Coyne‘s vocals and epic costume choices. This show he was adorned with what looked like a skeletal body suit and silver tinsel robe. We love this band for their vibrant and colorful stage decor, which neither distract nor take away from the originality and harmonic nature of the music. “Yoshimi” might be considered “overplayed,” but that was quickly forgotten when hearing it live for the first time. 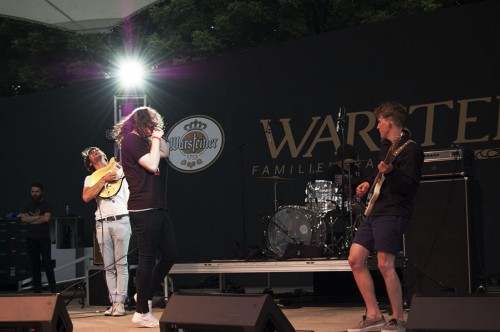 “Um, excuse me! You’re not 21 mister” was all we could think when The Orwells hit the Warsteiner Stage Sunday evening. Beer in hand, the young California band took us back to high school punk shows where everyone was just being too cool for school. Mario Cuomo’s facial expressions of disdain for everyone and everything was so far beyond that it became comical. All and all, it was an entertaining set and I would look out for these kids in the future. They’re going somewhere.

This four-piece was favorite band we saw at Bunbury 2014. The Ohio-based band’s set evoked a beautiful and emotionally stimulating experience. We were smiling through the entire set and really hope to hear more out of them in the near future. Unfortunately, the stage was the farthest away from the rest of the festival. We wish there was more a crowd, but we enjoyed the intimate performance. And the communal funnel cake.

We started our day late after a downpour of rain and an hour delay at the River stage with the Kopecky Family Band. We expected them to be more energized and less burdened, but the continuous threat of the rain might have played a role in their lack of stage presence and enthusiasm. 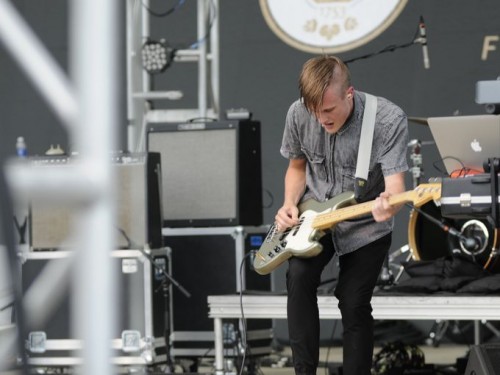 We didn’t write a preview about Joywave because we weren’t  familiar with the New York based band. Walking by, we thought “why not.” It turned out to be a great decision. The indie-pop band brought a genuine presence to the stage and set up an atmosphere for the crowd to let loose and dance. A great example of finding new music we love at music festivals

Quincy Mumford - Thank You
Californian songwriter and guitarist, Paul Castelluzzo, releases a fuzzy new psychedelic album
New indie single, "Neon Sunrise" from The Bergamot
A rising voice in the world of UK hip hop
fina's new single features a catchy hook, lo-fi percussion and psychedelic synths
Fat Freddy's Drop at the Brixton Academy
SASSY 009 Debut EP
With "What if", The Murlocs Could Be On The Cusp of Breaking Through – No Gizzard or Wizard Required
Dan Klein lives on through The Frightnrs new soulful rocksteady album, "ALWAYS"