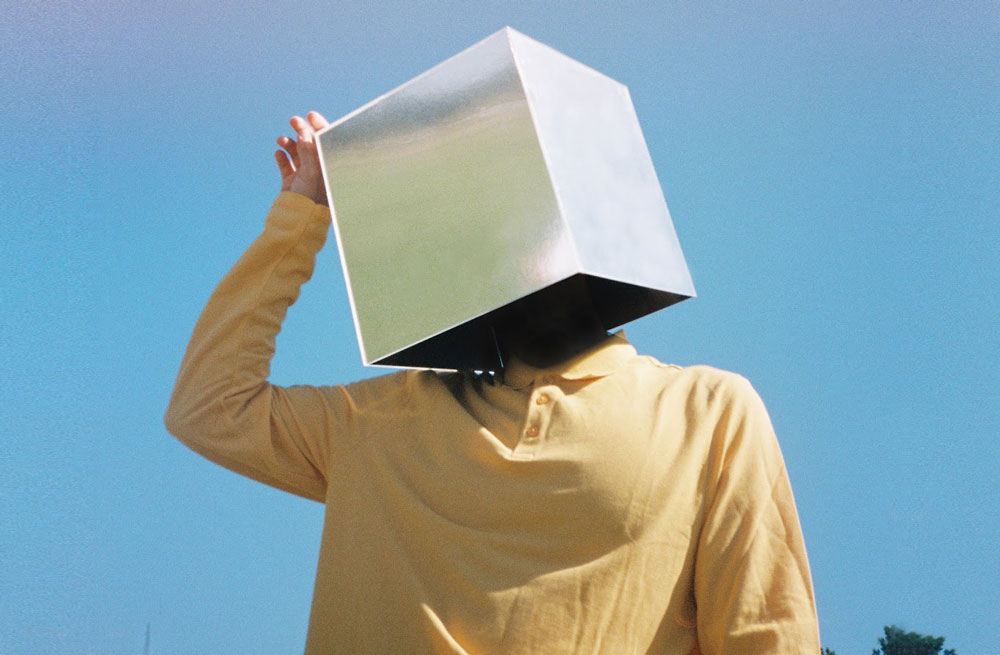 For the last couple of years we’ve been covering a Danish producer that wears a cube on his head called Caius. His feel-good, sunny summer vibes and Scandinavian sensibilities permeate through his music.

To start off the year this year, Caius has brought back his long time collaborator Neigh to create a slow house gem called “Care For Me?.” On top of Caius’s guitar chords Neigh lays down some soulful vocals that are cut up into pieces with lyrics about a broken relationship (a musical metaphor… love it). The track shows why the Danish duo is the perfect match for creating melancholic electronic music. Caius brings his iconic sound design that sounds like it was taken from an old jazz record, while Neigh uses his gospel influences.

“Neigh and I have both been going through a lot in our lives that hasn’t always been easy,” admits Caius. “And though it’s usually hard to talk about with each other our collaborations somehow expresses this common melancholia. It’s like when I write a song with him, it somehow expresses my own feelings in what he sings, and my chords and sound design sets the mood for him to actually talk about these things”

2022 has a lot in store for Caius; there are plans of premiering one of the most excessive electronic live experiences ever made by a Danish electronic act, as well as finally releasing his debut EP. So keep an ear out for what Caius has in store next.