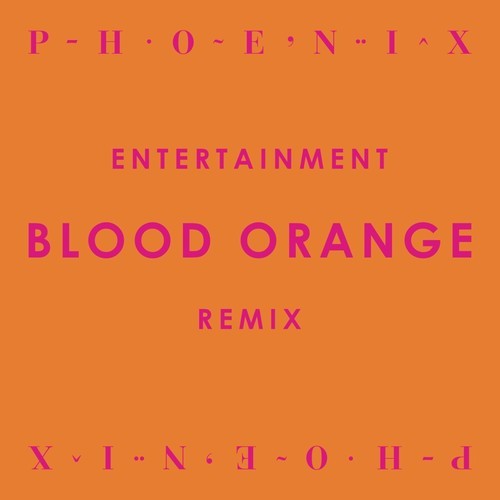 Have to admit… Phoenix’s new album is kind of a let down for me. To be fair, it would be hard for most bands (including Phoenix) to follow up the success of Wolfgang Amadeus Phoenix.

However! Blood Orange just gave me a new reason to listen to Phoenix’s new single with his soul-filled remix of “Entertainment.”

Freedom Fry team up with rapper, A-F-R-O for their latest single, "Mr. Nobody"
Yuri Suzuki and the Hudson-Powells release an acid house Brexit protest record
Swiss five piece band, Sirens Of Lesbos release their debut full-length album
NYC-native, Olive T, takes us on a 60-minute voyage for her Rhythmic Culture mix
Nu Genea pay tribute to the Marechiaro in Naples with their bonkers new video directed by Guido Lomb...
A bearded Swedish gangster in a white tracksuit. A car made out of a shoe. Wild animals indoors – Th...
53 minutes of chilled-out deep house by French DJ: Martire Cristiana
FloFilz & Jerome Thomas are feeling 'Sensitive'
Streams of Thought: In practice, and in music