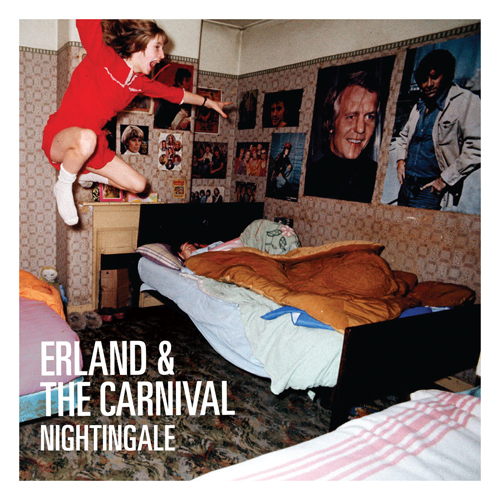 Erland and the Carnival is a bit of a super group in my opinion. Formed by Simon Tong (formerly of The Verve, Blur and The Good, the Bad & the Queen) and Gawain Erland Cooper and David Nock (The Orb, The Cult, The Fireman). In 2010 they released killer debut LP that included unconventional versions of traditional Scottish and English folk songs. The album was done at Damon Albarn’s Studio 13.

Their latest album Nightingale is on my fave list this month. So Tired in The Morning seems like a great intro to that album as it is Monday morning and it’s the first track on the album. The first few chords of this song just suck me in . . .

Get more Erland & The Carnival at iTunes | Spotify