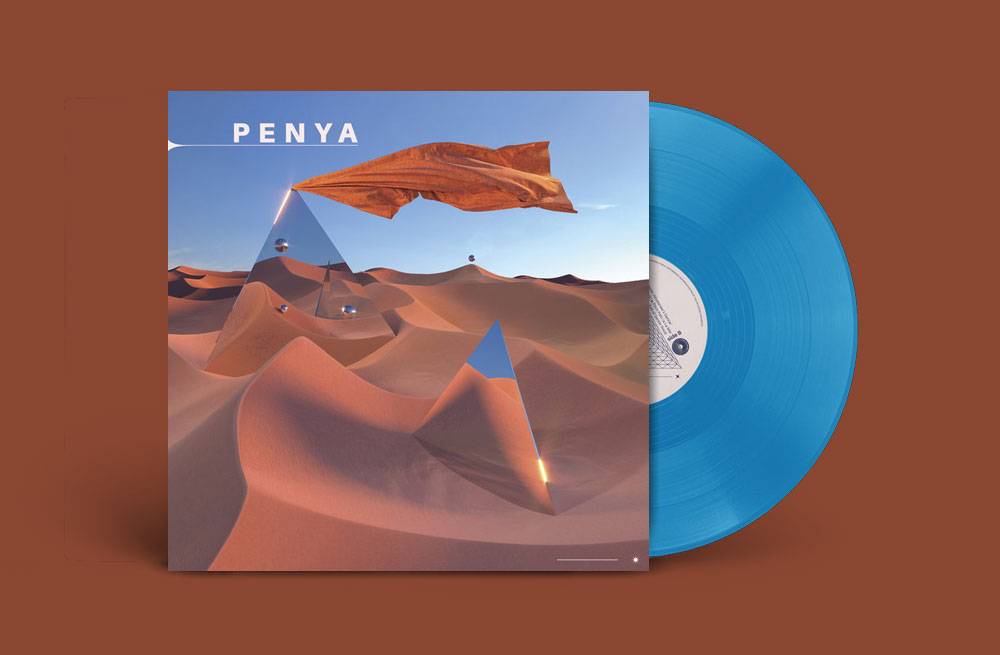 Penya is a music collective based in the UK. The band’s name, “Penya,” is a nod to the Spanish word “Peña” — a meeting place of celebration for musicians and artists.

This year they’ve announced a new self-titled sophomore album (set to release in May). The album is an untamed exploration into ancestral rhythms that aims to reimagine the global music landscape.

The Penya LP asks the question: How deep do our roots reach into the unseen places that keep us anchored to the real world?

Percussionist Jim le Messurier found his answer to the question among Aña drummers in Cuba as an apprentice drumming to Afro-Cuban praise songs.  “I felt like I was at the centre of things,” explains le Messurier “…in sync with a web of connections that went far beyond the music.”

Lead singer and multi instrumentalist Lilli Elina has had a life long love affair with Cuban music. She draws inspiration from spiritual messages, personal stories and snippets of her native Finnish language alongside Spanish and ancient Yoruba.

Inspired by 6 months living in Havana, producer Magnus P.I deepened his percussive knowledge via Morocco, Turkey, India and Tanzania through a desire to understand the human connections that exist between the regions.

The lead single on the album sets the tone by combining meditative percussion loops with a hypnotic vocal track, before expanding into a bass heavy, electronically charged Afro-Cuban-inspired crescendo.

Lilli Elina’s lyrics refer to the Yoruba deity, Eleggua. “Elevation is the opening track to Penya’s forthcoming album,” explains Elina. “We owe so much of our inspiration to the Lucumi spiritual tradition, that singing to Eleggua first, as is customary, was a no brainer. Eleggua is sometimes characterised as a child and sometimes an old man. He represents the beginning and end of life and the opening and closing of life’s pathways. Eleggua is a trickster, and the guardian of the crossroads, who opens pathways between the seen and unseen worlds.”

The Penya LP is available now to pre-order on the group’s Bandcamp page. A limited run of 100 records will be created in sky blue vinyl and the first 25 copies will be signed by the band.

Thanks to friend and longtime fan of the blog Tiago for recommending this album to us.

German / Danish duo, Frowein Pedersen release their debut jazz album, "Neighbours”
Techno Marching Band & African Boogie = Happy Friday-into-Saturday!
New Single from TOLEDO
The Avalanches new album “We Will Always Love You” is a 25-track epic
Let's get down to business with London's enigmatic deep house producer — Clive From Accounts
What do you know about Serious Klein?
Copenhagen’s Caius drops a new single the reimagines the 1970s track "Diamond in the Back" by Curtis...
Ocean Wisdom
A conversation with the English duo behind Tibasko