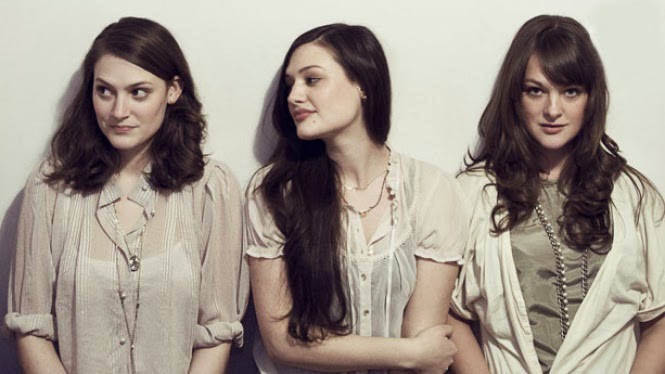 Emily, Jessica, and Camilla are the three harmonizing sisters behind the British trio called The Staves. They began their career by performing in open-mic nights at their local pub in England called, the Horns. They used their surnames as the bands first name, marking “The Stavely-Taylor’s” up on the pub’s blackboard each time they played a gig. One night, running late, a friend chalked them up as “The Staves,” and it stuck.

I first came across The Staves after hearing “Open” of their Blood I Bled EP and fell in love.

The Staves second album entitled If I Was is available for pre-order on iTunes now.