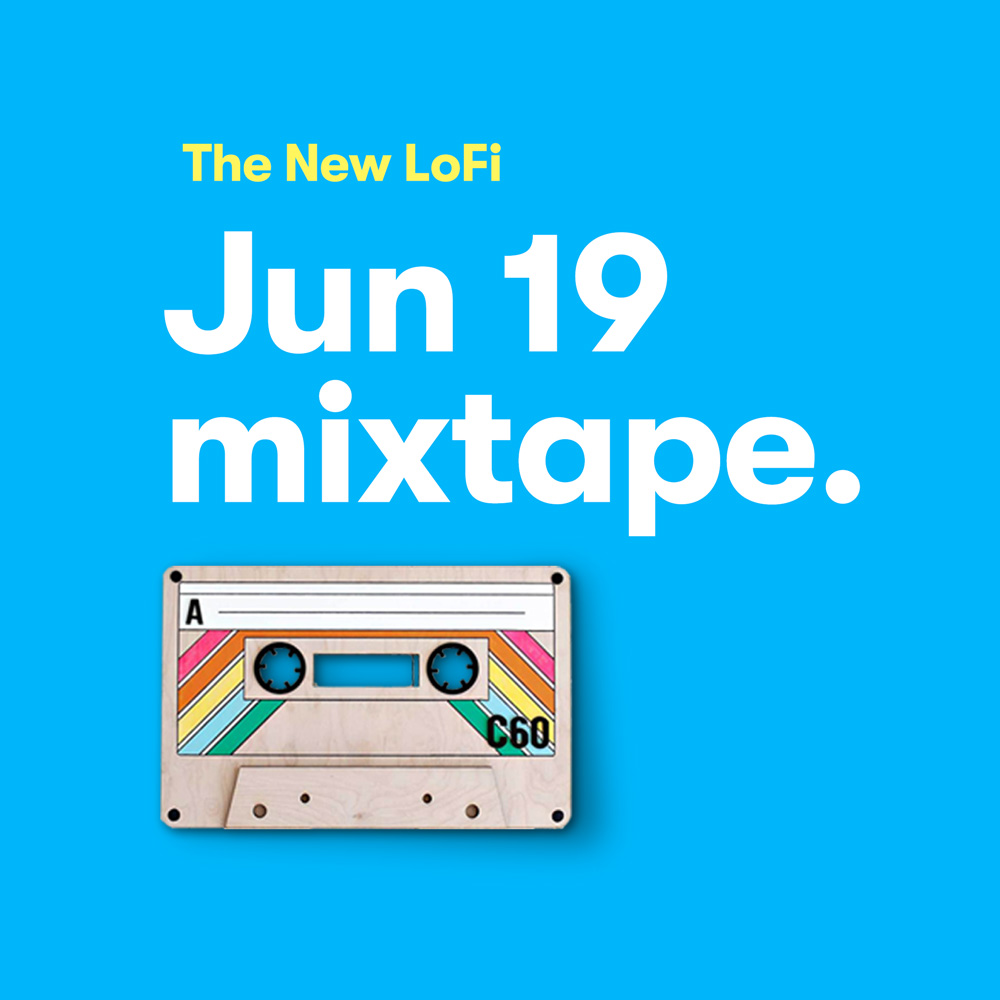 Although it’s still technically spring, today felt a lot like summer has arrived (at least in the northern hemisphere, sorry Australia). To celebrate, we’ve put together a mixtape filled with summer sounds and deep house beats.

But here’s the thing: the monthly mixtape was never meant to be hi-fidelity audio. This podcast is supposed to be more of a sampler. The idea for it was based on actual old school cassette tapes with mixes on them. Mixtapes were the original lofi way to create mixes. I remember sitting by the radio with my finger hovering over the “record” button waiting for the latest single to come on. Compilations would take days, sometimes weeks to create. And then after you’ve collected all of the latest tracks, you could mix up the order by transferring on to another cassette. There was something lovely and tactile about the whole analogue process. The songs you chose, the artwork you could create on the blank cassette tape case….

It wasn’t about excellent audio quality — vinyl records were still far better audio quality back then — it was about curating a mix. It was about sending a message to that girl in High School that you had a crush on or it was about putting together a mix of all the coolest latest tracks so that you could look cool in front of your friends…. that’s what this podcast is all about.

Sure, it might not be the best sound quality but it’s not about that. It’s about discovering new music. And if you hear something you really like on this mixtape, you should go out and support the artist that produced it by going out and buying the hi-fidelity copy. Go buy the track in vinyl or digitally and support one of the artists featured here.

Let’s talk about the music featured on this month’s podcast. The mix starts off with some summery vibes from Photay, Hubbabubbaklubb, Hot Chip, and The Mauskovic Dance Band and a brand new track from Tame Impala. The combination of sunny west african influences mixed with pop house is the kind of music that gets me in the summer state of mind.

As we get into the meat of the mixtape, the sound starts leaning more towards the electronic side of the spectrum. There’s an Anderson .Paak rework, a Nightmares On Wax remix of “Russia” by Fat Freddy’s Drop and a double dose of Justin Faust’s single, “Spellbound.”

We were first introduced to “Spellbound” by Laurence Groom through his Cosmo Disco Set last month. The track is an absolute banger. In this mixtape we pair the original single with an Italio Disco rework.

The mix slows down the pace towards the end by channeling our inner cowboy with Orville Peck’s new single, “Dead of Night.” Reverb-filled slide guitars and a delicate little banjo play you out softly into the sunset.