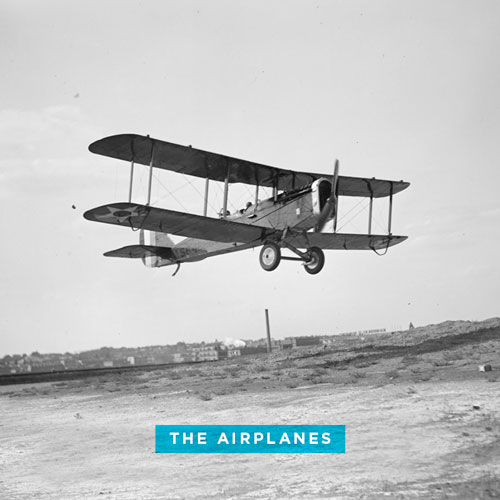 The Airplanes were originally conceived by Fayetteville, Arkansas singer/songwriter Joshua Vest back in the Summer 2012 as a one man indie rock band. A self-titled EP was quietly released that had a lo-fi sound with super catchy hooks and even in its raw stripped down state, you could tell that there was some serious talent behind the songwriting.

A year later, Vest released a 7″ vinyl EP entitled Jingle Jangle on Manic Pop Records and turned his one man act into a four-piece rock band.

Fast forward to last month; Vest re-records a polished version of his original single “Paper Hearts” and releases as the teaser to a brand new EP. What’s surprising is that the tracks still only have a couple hundred listens each. It’s rare to find such talent undiscovered on the internet, but mark my words, The Airplanes are going to be big. This kind of talent doesn’t stay hidden for long. If you’re in or around Fayetteville, make sure you catch them live while the tickets are still cheap.

(and thank you Jon L. for giving us the heads up)

The Airplanes – A Summer Daydream Part I

The Airplanes – A Little Light

The Airplanes – A Second Person Point of View